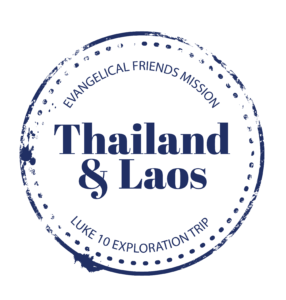 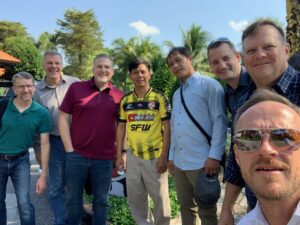 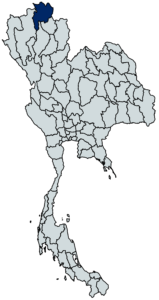 Our team met in Chiang Mai, Thailand where we were all able to participate in the EFM Worldwide Missionary Gathering before departing for our Luke 10 Exploration Trip destination three hours to the north in Chiang Rai. The city of Chiang Rai is located near the “Golden Triangle” where the borders of Thailand, Laos, and Myanmar meet. Our focus there was on an ethnic minority group known as the Lahu people, who are spread out in each of these nations.

In 2012, EFC-ER sent Ben and Charity Kibbe to Thailand to join a team started by Ben’s parents, David and Marilyn Kibbe, and their Lahu ministry partners. In 2016, The Way Foundation was established as an extension of that ministry, focusing on coaching and training Lahu pastors and church planting. 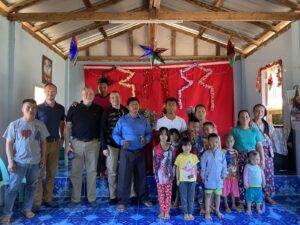 Since that time, led by national workers, Charlee, YawSaPa, and Solomon, The Way Foundation has been praying for and exploring opportunities to expand church planting efforts across the borders of Myanmar and Laos to unreached Lahu villages in those nations. Our Luke 10 team went to Thailand to meet with representatives of The Way Foundation and consider possible opportunities for partnership and collaboration in opening up a new ministry for the Lahu people in Laos and Myanmar.