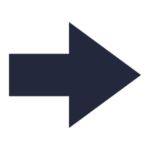 Thank you for considering going for EFM’s Five-Year Goal!

What is the Luke 10 Initiative?

The Luke 10 Initiative is how EFM will determine where the five new fields will be started for our Five-Year Goal! EFM depends on the regions/yearly meetings, churches, and individuals that EFM serves as their missions’ agency to engage in this discernment process. The Luke 10 Initiative requires four types of participants who gather for Luke 10 Think Tanks and discern, based on EFM’s CAN GO criteria, what locations and people groups to visit via exploratory teams called Luke 10 Exploration Trips. Out of these trips ​and the think tanks will come recommendations to the EFM Board about where to launch new fields, where all five of EFM’s CAN GO Criteria has been identified.

During the first Luke 10 Think Tanks that were held the following criteria for where to launch new fields was set based on a study of missions history, especially how decisions were made about where to pioneer new fields.  The CAN GO Criteria was specifically developed for discerning where to EFM ‘can go’ to work at launching new fields, not for discerning who should be on Luke 10 Trips or who should serve on missionary teams to launch the field.

Luke 10 Think Tanks help discern where to look for potential new fields and also what steps to take in launching those new fields once they’ve been approved by the EFM Board. During the think tanks there is lots of prayer, reading Luke 10, looking for themes voiced by the four types of participants, and discerning the leading of the Holy Spirit in regards to how to move forward with plans.

On Thursday, May 27, about sixty Friends gathered at Quaker Ridge, Colorado, for the national EFM Luke 10 Think Tank. Among these Friends were future missionaries, church leaders, and people with missions experience. They represented six regions/yearly meetings of North America. Their primary task was to discern where the Lord of the harvest wants us to explore for the launching of at least five new fields by the end of 2025. Eleven areas were selected on that day and assigned to the regions/yearly meetings that will organize EFM Luke 10 Trips to explore them over the next couple of years. 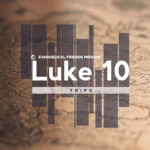