The first of ten Luke 10 Exploration Trips in 2022 went out last month (April 19-29) with a team of 15 to three states in Mexico! Thank you for praying for this team and EFM’s Luke 10 Initiative as Evangelical Friends discern where to launch new mission fields as part of EFM’s Five-Year Goal! See more information here.

We are grateful for a great team, which we are sure was formed by God. Each member brought a lot of value to the team with each of their gifts and personalities. We were especially grateful for the six young potential future missionaries (ages between 15 to 26 years old), we enjoy seeing their commitment to serve God and the clear calling each of them have. It is obvious to see in their lives. There is such great hope in our hearts on these six young future missionaries. 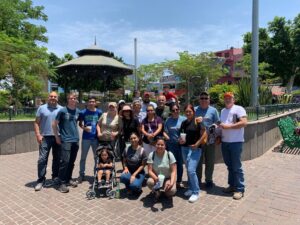 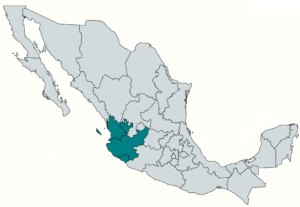 While in Mexico, the team explored three states- Jalisco, Nayarit, and Colima. We explored 16 towns in nine days!

Why did we decide to visit these selected places? Well, in the center of Mexico exists a zone identified as the circle of silence, this zone includes eight states: Jalisco, Zacatecas, Aguascalientes, Nayarit, Michoacan, Guanajuato, Queretaro, San Luis Potosi. In the Circle of Silence there are 115 towns with less than 1% of Evangelical Christians. This is the place with the fewest Christians in Latin America!

In each town our team divided into three groups to go around the town, walk and talk to local people at the plaza, pray for families, go into businesses to talk to owners or employees. None of the team members missed opportunities to follow the impulses from the Holy Spirit to contact the right people, we even had opportunity to gather children in a plaza and play while other leaders of our team talk to their parents.

In most towns people were kind and inviting. They were willing to hear about gospel. In most places our team felt welcomed and, in some places, even invited to come into town and plant Christian churches.

Every place we went we could feel the great need people have to know Jesus. 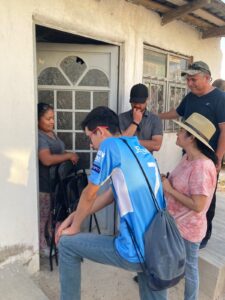 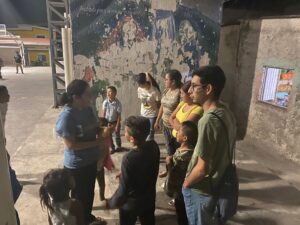 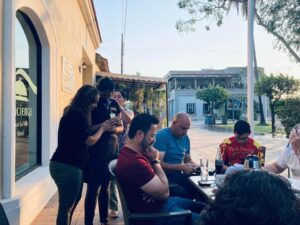 We look forward to sharing more news about the Luke 10 Initiative and the other nine Luke 10 Exploration Trips as each prepare to embark on their discernment journeys!

Entrada anterior: « Carpenter Family May Ministry Update
Entrada siguiente: Luke 10 Exploration Trip to Ecuador and Greece- How You Can be Praying »