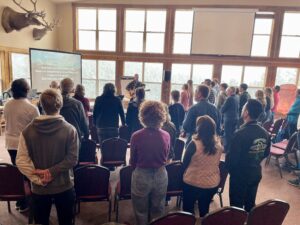 On May 23-26 of this year 17 Friends who are exploring a call to missionary service and 13 missionary mentors met up at Quaker Ridge Camp in Colorado for the second annual Future Missionary Retreat. The first retreat was held a year ago at the same location. Six of the potential missionaries and 11 of the missionary mentors who came to this year’s retreat were also at the first one.

What regions/yearly meetings did the potential missionaries come from?

Most of these participants were young adults. A few of them are still in high school. It is so encouraging to see young people who are eager to serve the Lord and are seeking his direction for their lives! 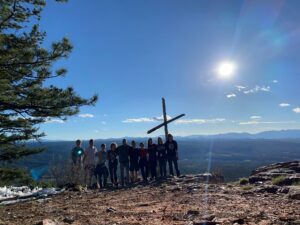 Who were the missionary mentors? 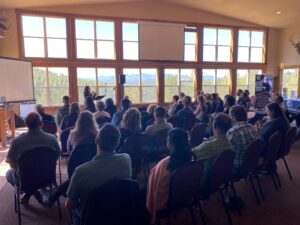 All of the mentors spent time getting to know the potential missionaries and responding to their questions. Most of the mentors also gave workshops on topics like these:

Brad Carpenter, who serves with his family as EFM missionaries in Rwanda, was able to do a session of the retreat via Zoom. He shared their journey with God towards missions and explained how to do a timeline of that kind of journey. Afterwards the potential missionaries prepared timelines of their own and shared them in small groups with their mentors. Another EFM missionary, B. A., who serves in Nepal with his wife, D., was at Quaker Ridge and gave a message entitled, “What God Has Taught me through the Years.” It ended with a powerful time of prayer for all the potential missionaries.

On the last day of the retreat all the potential missionaries and their mentors got to spend time with the EFM Board which was starting its first day of meetings. It was a great opportunity for board members to meet those who are seeking God’s direction for their lives, and for the latter to meet those who may have a role in sending them out as missionaries someday. There was a good time of prayer and fellowship. 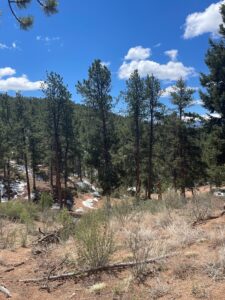 Previous Post: « Luke 10 Exploration Trip to Ecuador and Greece- How You Can be Praying
Next Post: David Thomas June Prayer Update »