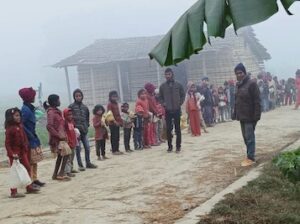 The Musahars are a Dalit group found in the Terai of Nepal. They speak the Bhojpuri dialect of Hindi and Nepali. They were traditionally rat-catchers, and there is still uncertainty as to their exact origin. The word Musahar is said to be derived from “mūs,” a local Bhojpuri and Sanskrit (mūṣ) word for a rat or mouse, on account of their traditional occupation as rat-catchers. They no longer engage in rat-catching and are now mainly landless agricultural laborers. They are one of the most marginalized groups in Nepal & India and have suffered discrimination. They believe in a number of tribal deities, and a small percentage of these people have accepted Christ.

In the rural areas, Musahar are primarily bonded agricultural workers, but often go without work for as much as eight months in a year. Children work alongside their parents in the fields or as rag pickers, earning as little as IRs 25 to 30 ($ 0.20 to 0.30) daily. The Musahar literacy rate is 3% but falls below 1% among women. By some estimates, as many as 85% of some villages of Musahars suffer from malnutrition and with scant access to health centers, diseases such as malaria and kala-azar, the most severe form of leishmaniasis, are prevalent.

Our CHE ministry is involved in a Health & Nutrition Program among some Musahar children and women, and through this program we also provide school tuition to school drop-out Musahar children through a Community Learning Centre (CLC). We have about 25 children in Aurahi village, which is approximately 12 kms from Janakpur in the Dhanusa District. Arun Mandal and his wife, Babli, are CHE Trainers who are actively involved in teaching children from a Childrens’ CHE syllabus. It has lessons in health and hygiene and incorporates simple a Bible Study using Bible stories. Other CHE leaders like Sanjeev & Kiran and also Sahendra Mahto are actively working among this people group with our ministry in Mahottari and Dhanusa Districts. 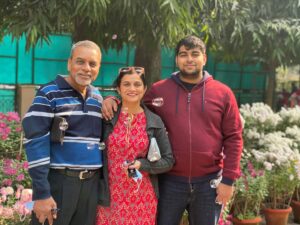 Prateek was able to get back to college in the U.S. after a brief time with us and the rest of our family in India without any additional problems caused due to the COVID-19 pandemic. Thank you for praying for his safe journey.