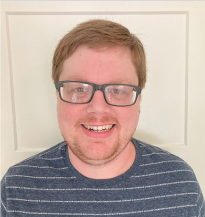 Wow! It’s been a long time since my last update and a lot has happened. I’ll try to give you an overview. In the past few months, I had the opportunity to be a part of two Luke 10 Exploration trips with EFM; one to Tanzania, and one to the United Arab Emirates/Qatar. Luke 10 Exploration trips are exploratory trips that are part of EFM’s process for discerning where God is leading our organization to start new fields. In between those trips (and after) I’ve continued to work on learning Kinyarwanda, and I am incredibly thankful for my language partner, Innocent, who has been so patient with me as I’ve learned.

I had an incredible time on the trip to Tanzania in September. The team was made up of Burundians and Americans. Together, we prayed and discerned about whether God is leading the Burundi Friends Church and EFM to start work there. We had the opportunity to talk with missionaries working among the Zaramo and the Kutu, two unreached people groups, and to hear the missionaries’ stories. It was so encouraging to hear what God’s doing among both of those people groups. We walked away from the trip not sure yet of how God wants us to be involved long term but sensing that another trip there is needed to discern more.

Next up was the trip to Dubai, U.A.E. and Doha, Qatar in October. My heart was filled with so much joy in both of those places but especially in Dubai. This trip was geared at seeing what God was doing among the Nepali immigrants in both of those cities, and the team was made up of both Nepali and Americans as we discerned together. We got to spend a lot of time with Nepali believers in both places, hearing about what God was doing among them and we were grateful for all the hospitality they showed us. God is certainly working among them. On our second day in Dubai, we went on a tour with some Arab guides who told us more about Dubai’s history and Emirati culture, and my heart was so full to be able to spend time with them and learn more about them. I really wanted to hear their stories and get to know them more, but it wasn’t the time or the place for that. I am praying about what it would be like for me to work in either of those cities but ultimately, it’s about where God is leading EFM as an organization and where he is sending me within that.

In the times in between and since the trips, I’ve been working on learning Kinyarwanda more. The trips were beautiful and good interruptions, but it did mean I’d have to remember and get back into it after each one, so my progress has been a bit slower than I would have liked. As I said before, I’m so thankful for Innocent’s patience in helping me learn and for how close of a friend he’s become to me. I’m so encouraged to see the things God’s doing in his life as well.

So, how can you be partnering with me in prayer during this next season?

Thank you so much, everyone, for your continued prayer support and financial support. I am so thankful that all of you are partnering with me and am excited to see what God will do during the rest of my time in Rwanda. I pray that in the midst of all of the anxiousness that can come with the Christmas season that God will give you his peace.

P.S. Lots of good things have been happening in December as well. I’ll talk about more of those in my next update.