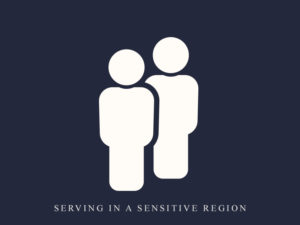 Thank you for your prayers and support. We truly appreciate it with all of our hearts.

After finally giving up, they came to our pastor for help and for prayer. Pastor Naresh told them that he would pray for their deliverance but they would have to tear down the pictures of their Hindu gods plastered all over the house and Jagtaran agreed.

Our leadership went and prayed for them until the deliverance was secured and all of the demons were cast out of their home. They also shared the gospel with them. Our leaders could see a brightness in their faces.

After, Jagtaran started walking in the village and everyone told her how bright her face was. God had also healed her of all the sickness brought in by the demons. She, her two sons, and the whole family then accepted Jesus Christ as their Lord and Savior. This happened just one month ago.

We praise the Lord for his mighty hand that moves in people to change their lives.