The following are stories shared by the Luke 10 Tanzania Team during their time in Tanzania!

This was taken on our first full day in Tanzania. We visited the family Pastor Domitien did his practicum with 22 years before and heard about the work they were doing. In that time, they had grown from about 50 churches to about 600 ministering to a number of different people groups! (Pastor Domitien With The Family He Did His Practicum With) 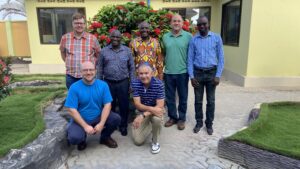 After visiting that family in Mlandizi, we stayed in a pretty guest house in Mlandizi. This was taken there the following morning as we prepared to go to the villages. 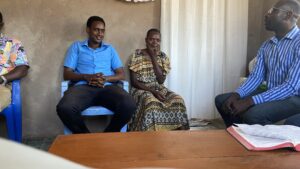 The missionaries in the first village we visited had an amazing story of sacrifice. The wife had really been put to the test by one of the local people groups before they would accept her. Both her and her husband are seeing people come to Jesus, but because of the circumstances, are meeting with them in secret. 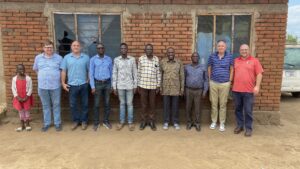 The next day, we visited another missionary and his family. He shared an amazing story of how God had healed him from diabetes when nothing else worked and how he became a follower of Jesus as a result. He also shared about a woman in the village where he now works as a missionary. God healed her of a tumor, she began following Jesus, and now she is a powerful witness and evangelist to her village about Jesus. 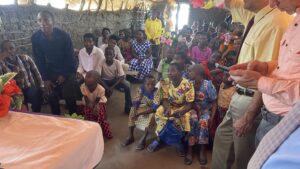 The following day we visited two missionaries. The first was pastoring a church in a very remote place, and we were honored to be able to visit and by the way they received us. Most of the people in the church are transplants and not from that part of Tanzania. It is a very difficult place to reach the local people, and there is still much to be done there.

Afterwards, we had the chance to pray with the missionary over the site of a new church building.

After we left that congregation, we met with the other missionary on the outskirts of Dar es Salaam. He has seen 36 of the Zaramo come to Jesus who make up most of one of the local churches. He shared how there’s openness among the Zaramo where he’s working, and we were so overjoyed to hear that. (Meeting With The Missionary In Masaki)

Our last full day in Tanzania, we met with the director of the East Africa School of Mission in Dar es Salaam, the school all of the above missionaries had gone through. We were very encouraged to hear about how this school is training missionaries with excellence before they go out to wherever God is calling them. (Meeting With The Director Of EASM) 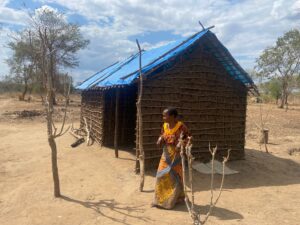 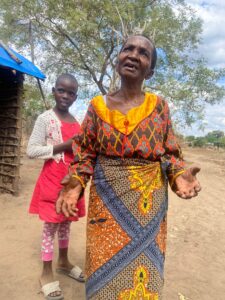 This little old lady by her house had a tumor by her heart and she had gone to the witch doctors for healing for a long time with no help. Couldn’t afford medical attention beyond diagnosis. The Christians met her and started praying for her and soon she was healed. She was their first disciple in the village. She immediately began running around the village telling everyone and she is the primary reason that they now have 30 who have excepted Jesus. And of course they were also using their prayer ministry with all of these people as she was announcing her healing. The lady’s family destroyed her house because they were so disgusted and angry and shamed that she decided to follow Jesus. So the pastor and a couple of the new believers built this little mud house for her and have not yet been able to get the grass roof on top of it. We already knew her story before we met her but when we came to her she immediately started talking 100 mph telling us her story of healing and how good Jesus is as if we could understand her language