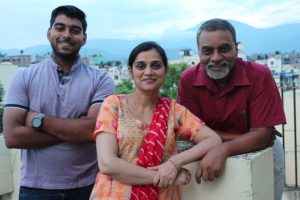 Arun and Babli are our CHE trainers who have a unique Children’s Ministry in Aurahi of Dhanusa district. After their marriage (which was against their parents’ wishes) both invited the ire of their non-believing families and were attending the local church. Babli started to bring the young female children together to recite songs and tell Bible stories to them. The children learned these songs of worship and liked coming together every day to their house. Soon the mothers also accompanied the children, and it became a bigger group. Incidentally Arun and Babli discovered that most of these children were Musahars (a Dalit group). The group grew bigger, and we got involved as we trained Arun and Babli to systematically teach using Children’s CHE lessons which aligned with Bible studies and encouraged Bible studies in the families as well.

Almost all Musahars in Nepal live in the rural areas. Musahar are primarily bonded agricultural laborers, but often go without work for as much as eight months in a year. Children work alongside their parents in the fields or as rag-pickers, earning as little as ₹25-30 ($0.35-0.40) a day. The Musahar literacy rate is three percent overall and falls to an abysmal one percent among women. By some estimates, as many as 85% of some villages of Musahars suffer from malnutrition. With scant access to health centers, preventable diseases such as malaria, TB, gastroenteritis, and kala-azar are prevalent. 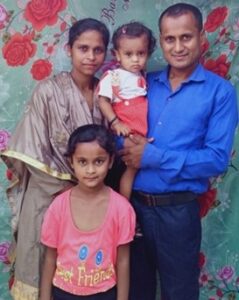 A few years down the line, many children from this group and others in the community enrolled in the local government school for a formal school education. Now we have about seven or eight who have graduated from high school and are attending the local ‘church’ in Arun and Babli’s house with their mothers also in attendance. The male members of the family did object initially but soon the changes seen in these girls made everyone happy and wanting to get involved. Last year six of these girls took the bold step of making a public testimony of baptism and were formally led into the family of Christ by Arun as the local church leader. After graduating from high school, one girl even enrolled in a Bible school nearby for a 12-month Bible training. During this time, accompanied by Babli, she went about evangelizing with ‘supervisors’ in nearby communities which were majorly Musahar communities. God is bringing about transformation in these communities using these little angels of change. 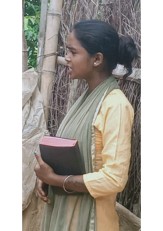 Please pray for this fellowship as it grows in the future and that the grace of God abounds in this community and enables many of them to come out of human bondages and serve with joy and pride in their hearts as they now serve their newfound master – Jesus.

Thank you all for your love and prayers for our ministry!